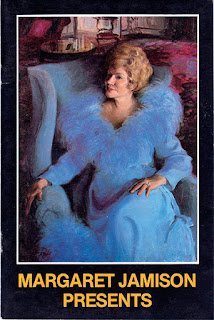 Santa Fe was another country to me.  Would like to say that I readily adapted, but it took a long time for me to adjust, it didn't happen right away.  In Chicago all the art was in museums - in this new town of mine art was being made all around me - the town was bursting with creative energy!

It's hard to picture Santa Fe without wall to wall galleries the way it is today, some good, some very bad - and many in between. There were only two galleries in town in 1967.  Jean Seth, wife of Judge Oliver Seth, had opened her Canyon Road Gallery and carried the work of mostly local painters.  Canyon Road was paved as far as Delgado Street and was unpaved the rest of the way.  Many artists had lived there for years and opened their doors to visitors.  Hal West kept an old coffee pot on his wood stove, invited people in to chat and perhaps buy a painting. Olive Rush, Janet Lippincott and Bernique Longley were three working artists I remember.  El Farol was near the gallery and Three Cities of Spain was a restaurant.  On special nights they put a little stage in the main room and put on plays.  Remember being there to see a play by Moliere!  Yes, I was living among real live working artists and it was so exciting!

Our friend Ernie exhibited his sculptures at Margaret Jamison's Gallery which was located across from La Fonda.  Margaret  (above portrait by Julian Robles) was a dynamo and was well connected to the Santa Fe social scene.  She had a big heart and supported her artists like a Mama Bear, even going up to Taos and bailing one of them out of jail.  She also had great integrity.  Several very expensive bronzes she sold turned out to be fakes.  She informed the buyers and bought them back.  She had a particular fondness for the Taos artists.  Also carried many works by the Taos founders as well as Fechin and Gaspard.  Her last marriage was celebrated in Gaspard's Taos home.  Her home was filled with important art - Tamara de Lempicka, Nicolai Fechin, Gaspard and many paintings by up and coming talents in New Mexico.  In later years we became great friends; she was a surrogate mother to me and I loved who she was as a person.  Am certain there will be more about Margaret in later posts - she was mentor, friend and "Aunt Margaret" to my children. I still miss her.

Bernie Bowman and his partner ran a frame shop near Burro Alley.  There was no art supply store, but they had a table with some brushes in jars, a few sketch books and the most asked for colors in oil paints.  More than a store it was a great place to hear all the latest art talk and gossip!

Truth is I was in awe of this place.  I still didn't fit in anywhere - but I wanted to be one of them!  I wanted to spend my life making art!  I listened and learned.  Back then no one had a clue as to the growth and importance of Santa Fe art market.  This was where it happened - two little galleries trying to make a living selling art - it all began with Jean and Margaret and I saw it all!  How did I get so lucky?
- August 24, 2018