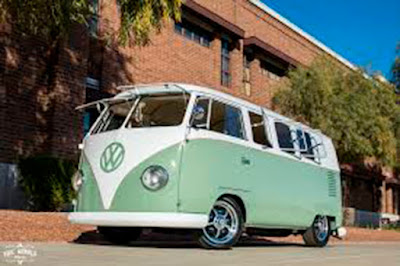 Am overwhelmed as I write down this part of my life....in less than four years I gave birth to three babies, caught my husband cheating, moved to New Mexico, took a painting workshop in Cloudcroft, exhibited my work in public for the first time - and decided I could provide a better life for my children alone!

Except for three little ones making their needs known, the house became very quiet.  I was too surprised to be scared.  Secretly I was hoping the shock would bring him to his senses, he would see the error of his ways, get down on bended knee and beg forgiveness. What was I thinking?  I really didn't want him back!  Now that I think of it, he never did say he was sorry for anything!  If nothing changed, we were headed for a divorce.  Nevertheless I was sworn to absolute secrecy.  He didn't want anyone  to know of the separation, especially his mother. He said he might lose his job and in that case I would get no support from him.  Truth his intention was to support us as little as possible.

Patti, my babysitter lived across the street.  I told her what was happening.  Her father worked at the State Capitol Building and knew of a lawyer who needed a secretary.  I hadn't worked in an office since John was born and didn't know a plaintiff from a defendant.   Putting on my best face, I applied for the job anyway.  They hired me!  Wow!  McKenna, Sommer & Lawler had offices at La Posada right across from the old hospital. The only hitch is that I didn't have a car and I didn't know how to drive! -- remember, one bite at a time.  Patti's dad agreed to take me to work for a week or two.

The fridge was empty.  What to do? It was a warm summer evening when I got home from work.  I put on my tennis shoes. The twins rode in their red wagon.  Holding John's hand, the four of us paraded two blocks to Piggly Wiggly for some groceries. We did this for about two weeks until it was obvious my neighbor's favors were wearing thin. I needed my own car.

Ernie took me to Dick Hughes Volkswagen on Marquez Place and I bought a 1963 green and white VW Bus for $600!  It had a stick shift.  After I signed the papers, the men showed me what the gears meant by making the sign of the "H" - Aargh!  Then they sent me on my merry way on St. Michael's Drive, right into 5:00 traffic. Why were all those angry drivers honking and waving their fists at me?   I was to follow Ernie, but lost him in the first few blocks, I just kept on grinding gears all the way home!  I still had $400 in my pocket for more groceries and the $250 house payment!  I was terrified and absolutely giddy all at once!

One step at a time, one day at a time.....I was almost too busy to notice that once the decision was made to take responsibility for the four of us, things began to fall into place - more than Doers, we are Deciders!