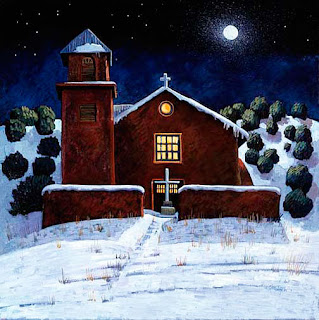 Not long after the glass-throwing incident I was walking out of the bathroom - it was semi-dark.  He was waiting for me.  He slammed my whole body against the fridge with stunning force. Without a word he walked into the living room.  I stood in place and reverted to my childhood coping skill of numbing out.  The next day I started to miscarry and was sent to the hospital.  They told me I lost the baby, but tests showed I was still pregnant.  I was sent home only to miscarry another baby.  What I remember is that no one ever mentioned my pregnancy again.  It was as though nothing had happened - just a blip on the movie screen of Life.  My heart was in pieces and no one, not even my husband, would talk to me or ask how I felt.  All these years later those babies are still with me - I believe they were boys and I  have named them Matthew and Andrew.

My husband never did change his status with the draft board.

The words "domestic abuse" were not common back then.  As a result I saw the body blow and the miscarriages as separate events.    I was afraid of him.  At the beginning the instances of physical abuse were frequent enough that I learned to agree with everything he wanted in the way of new cars, clothes, hunting equipment, fishing gear - we were always in debt.  He ruled the roost as manly men did back in the day.  His verbal abuse kept me silent and he reminded me every day that I did not have a college education and that I was crazy like my mother. I talked to two priests about the state of my marriage.  They strongly urged me to remember that I made vows at the altar in front of God. According to the Church, I was bound to this man for the rest of my life.  I was a good Catholic girl.  I stayed.

No longer pregnant, I decided to go back to my old job in the Prudential Building.  I was promoted to Executive secretary to the Advertising Manager of the Chicago Office of Holiday Magazine.  This move turned out to be my saving grace.  Two free hours a day during the train ride into the Loop. Back with my old friends and within walking distance of the Chicago Art Institute!  Some measure of hope - I began to feel part of the world again and slowly regained some inner strength and self confidence. Life at home settled down.  My husband joined a sports club - hunting, shooting, fishing. He began teaching at a small college in East Chicago, Indiana.  We gave the impression of being a happy couple; there were moments when I, too, thought things could get better.  I stayed.

Life continued in the real world.   John Kennedy's motorcade passed right by me on Michigan  Avenue.  I held out my hand and touched his as he rode past!  The riots during the Democratic Convention when Mayor Daley called out the National Guard. Kent State. The Viet Nam war churned on and TV cameras captured all the death and dying in time for the evening news.  Kennedy's murder. The funeral - Mrs. Kennedy and the children - little John saluting his father's casket.  Jack Ruby shooting Lee Harvey Oswald.  Our new President Johnson. Protests against the war.  Total devastation.  Life was never the same after the assassination.....

Pregnant again, I gave birth to a beautiful baby boy in May of 1965 - I named him John.