A FOURTH FOR BRIDGE 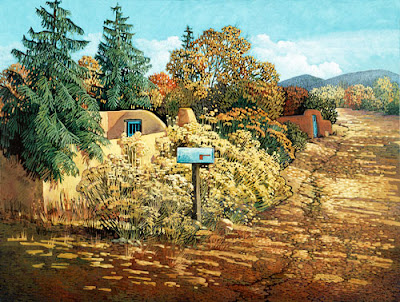 Before we moved from Homewood, I was being taught to play bridge from my landlady who was training to earn her Master Points. She was one tough teacher! I never gained any confidence that I could be any good at the game. In fact, I came away from her house certain that I was not only mentally deficient - I was hopeless! Fast forward to my first and last bridge party in Santa Fe that beautiful fall of 1967!

The wives of the teachers at the high school and their friends held a monthly bridge party.  One of the ladies drove me to a house on Alamo Drive.  There were four tables set up in the den. I heard chatter and loud laughter even before we reached the door.  We walked in -  the noise stopped - an ominous silence. The ladies looked sharply at the new "woman" in town!  Immediately it was obvious that rumors of our hasty departure from Chicago preceded me.  Santa Fe was a small town and any attempt at privacy was futile.  It was rumored that my husband had gotten one of his students pregnant and she just happened to be our babysitter!  Her father, a tough Italian bartender in East Chicago, ran him out of town with the promise to shoot him if he ever returned!  My secret was a secret no more!  There...it was out in the open and I had to learn to live with it - no more pretense...reality was painful.

The hostess introduced me around the room.  It felt important to forewarn all who would listen that I lacked any bridge playing skills. I wanted to prepare my partner to lose badly!   Before we sat down at our tables, I met a lovely woman named Jane Petchesky and thoroughly enjoyed our conversation.  She must have sensed my discomfort and stayed close the rest of the afternoon.  Jane heard I liked to paint. She enjoyed painting and wondered if I would like to go with her to paint outdoors at one of her favorite spots - a little village named Cundiyo.  Immediately I sensed that I had met a kindred spirit and something very special had just happened!

To make a long story short -  all my apologies for being a bad player went for naught when I won the door prize - just another Chicago card shark!  Strangely I was never asked to play bridge with the ladies again!   Something was lost but something life changing had happened that day.  There are no accidents!